Sour sop contains several beneficial antioxidants ( antioxidants are man-made or natural substances that delay or prevent some type of cell damage. Diets high in vegetables and fruits are a good source of antioxidants) and minerals, such as iron and calcium.  It also contains vitamins B as well as vitamins C, E, A (which occur in the form of beta carotene). It has some phytonutrients such as saponins, cardiac glycosides, lactones, flavonoids, alkaloids etc. It also contains an Acetogenin called Annonacin. It also has antibacterial, antiparasitic, and antifungal properties.

HOW IS IT PLANTED?

Sour Sop is very is widely known for its health benefits. Some of them include;

SIDE EFFECTS OF SOUR SOP

Sour sop may cause nerve damage and movement problems, especially with long term use. It may also cause serious neuropathy that leads to Parkinson like symptoms, such as tremors or stiff muscles.  If some one has Parkinson disease the use of Sour sop may make their symptoms worse. Sour sop may be toxic to the kidney or liver with repeated use. People should not use sour sop if they have liver or kidney problems. Those considering using sour sop as treatment therapies should first talk to their doctor before usage if they; 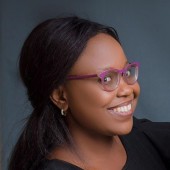